Baltic Sea Underground Innovation Network (BSUIN) project is over. It is time to look at the results and experiences. As we prepared the final report of our project, we were asked to tell about the cooperation with partner countries Belarus and Russia.

Benchmarking visits and other activities

The whole consortium made a benchmarking visit in 2019 to Ruskeala marble mine, took part in a scientific conference and visited the Karelian Research Center as the Steering Committee meeting, roadshow and workshops were organized in Petrosavotsk and Sortavala.

Russian partners attended benchmarking visits to other underground laboratories (UL), as well as, roadshows, workshops and Steering Committee meetings held in other BSR countries. German and Finnish consortium members conducted a data collection tour to all ULs including the ones in Karelia. One Finnish partner organized service design workshops in Karelia, too.

Geophysical and other tests were made in Ruskeala. Safety issues were also explored, and the awareness of safety has improved. The Russian partners have contributed in the EGU conference, in which our consortium managed to have specific sessions related to the underground laboratories. They attended also in the annual German Russian Conferences (organized by State of Saxony) and workshops in Pyhäjärvi, Finland. The lead partner attended the Forum Strategov 2019 in St. Petersburg, and the project manager told about our project with a representative of our Russian partner in a session that was organized by the office of the Interreg Baltic Sea region funding programme. 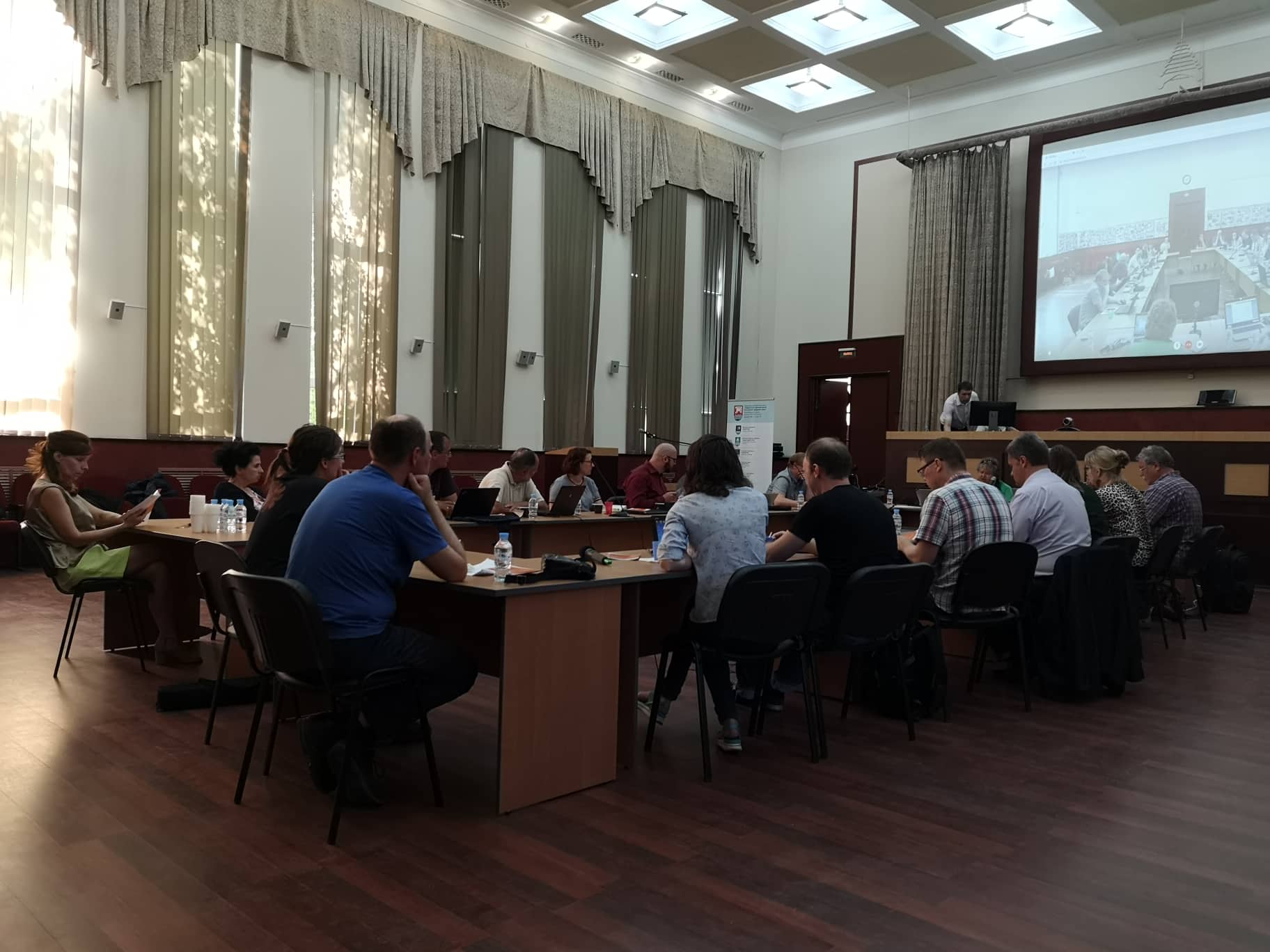 One of the Russian partners, Joint stock company “Khlopin Radium Institute”, is a founding member of the European Underground Laboratories association (EUL), that was established as one of the main results of the BSUIN project. The EUL association is a registered non-profit organization that promotes science, research, technical development, innovation, education and various events at members’ underground laboratories.

During the project, there have also been possibilities to meet other Russian organizations to discuss future collaboration. Joint spin-off project applications have been accomplished, too. Both Russian partners and one of the associated organizations are involved in the extension project named Empowering Underground Laboratories Usage. Collaboration continues according to the project plan. One of the Russian partners is also active in a patent application with a Polish partner.

The trust between partners is a good basis for other joint cross-border and inter-regional projects. It also means a better network where Russian partners are more involved for the better use of underground laboratories in Europe.