On July 20-22, 2020, a group of researchers from the Institute of Physics of the University of Silesia (Poland) and the National Center for Nuclear Research (Poland) performed additional measurements of natural radiation at the Conceptual Lab development co-ordinated by KGHM Cuprum R&D center. These studies were similar to those previously carried out at the Reiche Zeche mine (Germany) and at Callio Lab (Finland) as part of the BSUIN project.

Additionally, 7 rock samples were collected for laboratory analysis at the Institute of Physics of the University of Silesia.
The research was performed in one of the corridors of the Polkowice mine near SW-1 Mining shaft. The preliminary results show a relatively low level of natural radioactivity in the test site. 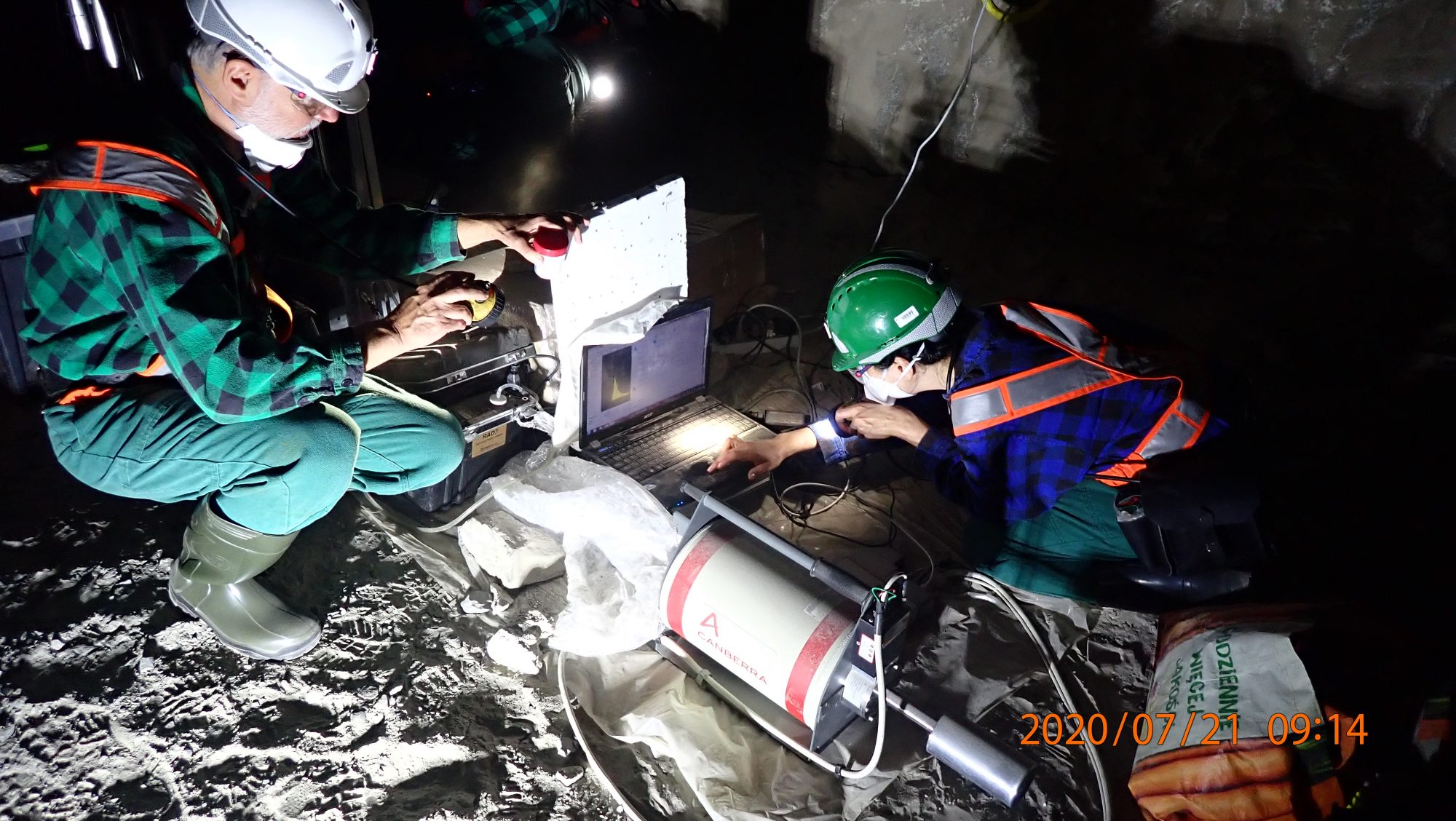 Measurement of the natural radiation background in the Polkowice mine using gamma spectrometry.
Fot. K.Fuławka

Another similar study of natural radiation was carried out in the Barbara Experimental Mine belonging to the Central Mining Institute (Poland). The Barbara Experimental Mine in Mikołów is the only research and development institution in Poland and Europe which has a test site for testing devices, equipment, materials and procedures in real underground conditions.
In-situ measurements were carried out on September 10-19, 2020 in a stone excavation. Additionally, measurements of the radon concentration in air and neutron flux were performed before, during and after the rock explosion.
Also, 18 rock samples from the studied location were collected for laboratory measurements at the Institute of Physics of the University of Silesia, using gamma spectrometry. Researchers from the Central Mining Institute also joined the measurements of radon concentration in the air, which was an excellent opportunity to compare their measurements results and measuring equipment.

EGU2022: Call for abstracts on Underground research facilities for science, research, and development

Exploring the ULs’ expectations for a CRM system